Not going to sidetrack the fact that I have been an admirer of Shania Twain for decades. Whether she was at the 'top of her game' or not, I have always kept a conscious thought on 'what's going on' with Shania.  The ups, downs and the in-betweens have come together in this momentous time. Reason for momentous is Shania is doing what Shania should be doing. It's what she knows best. The 'Now Tour' is another chapter of her life. Not just music, not just a concert and tour, but a recognition of her strength in living life her way. It's a journey. Her new songs from 'Now' released September of 2017, are part of what works in this current tour, which kicked off in Tacoma, Washington  May 3, 2018. 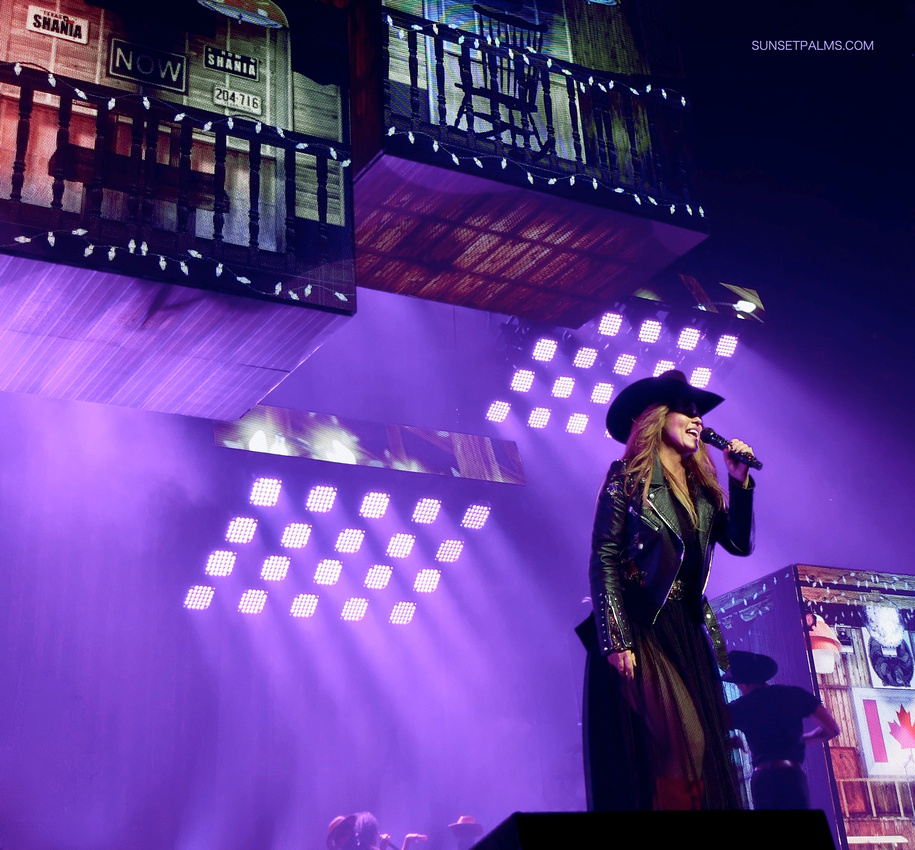 Opening with a walk-through the audience, with Elijah Wood's pulsating drumbeat to new song 'Life's About to Get Good' , life did just that.  Ideal entrance for getting the whole arena, fans ranging in all ages, plenty excited.  With 21 songs on the current tour setlist, it's a whole new production of her classic hits and cleverly placed new songs. 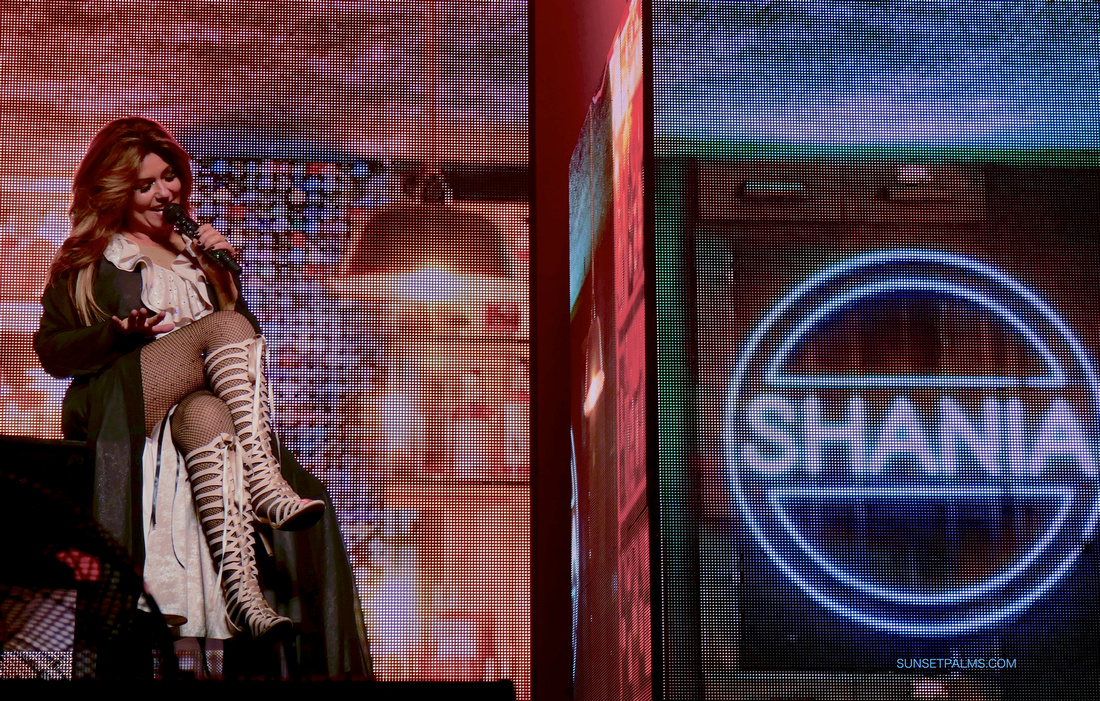 Seamless transition of several set and costume changes that reflect not just the country version of Shania, but her influence from several music genres. It's highly entertaining, personal and a great time. Her new material is less country sounding but that's the paradox that makes the tour, extremely enjoyable. It's refreshing. 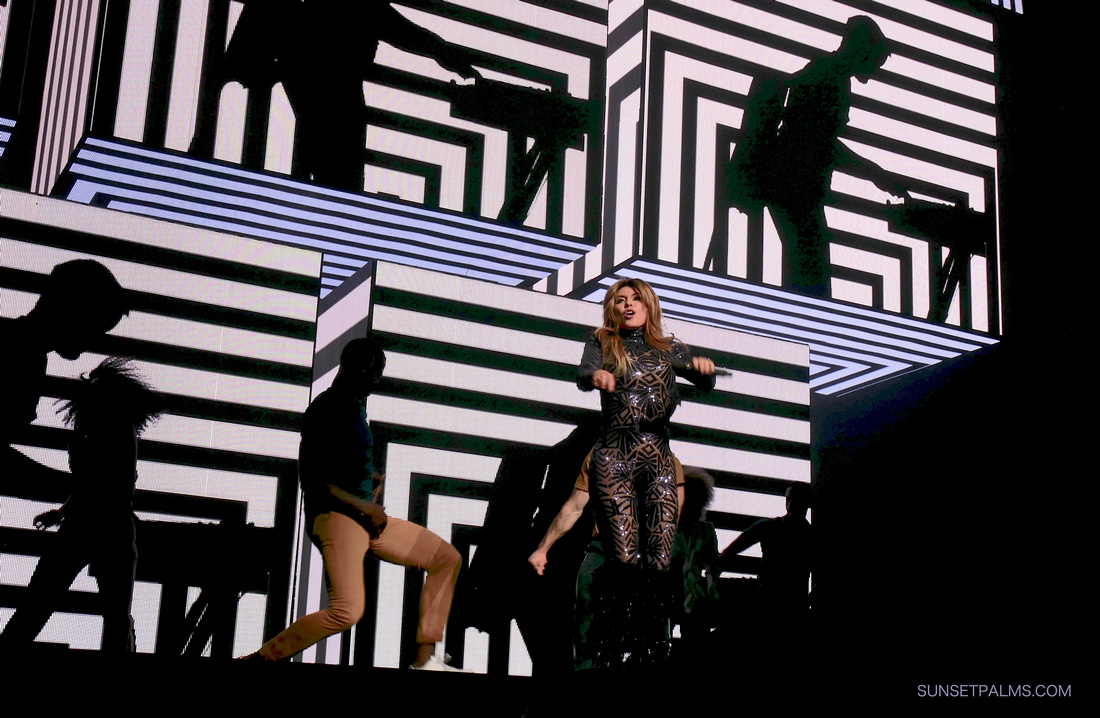 Musicians Cory Churko, Joshua Ray Gooch, Elijah Wood are back, as well as violinist/keyboardist alumni Allison Cornell.  Highly accomplished dancers/backup singers along with stunning visuals that are moving parts throughout, as well as a secondary stage.  It's not overtaken by production because Twain knows when to bring it down. She relates and genuinely enjoys her audience.  The interaction is part of what makes it extra special. 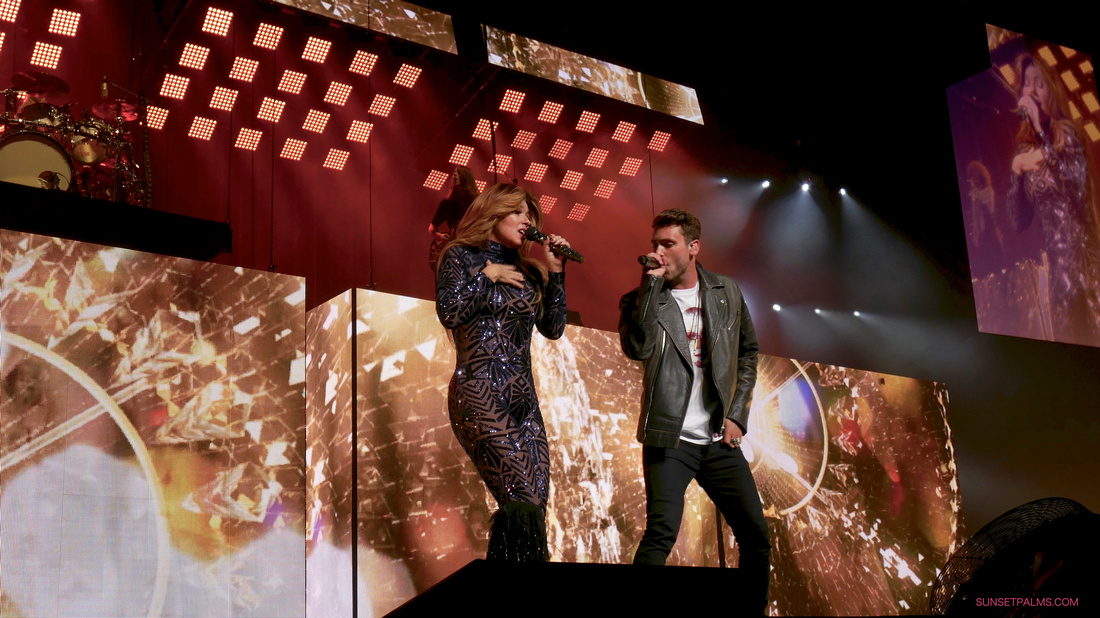 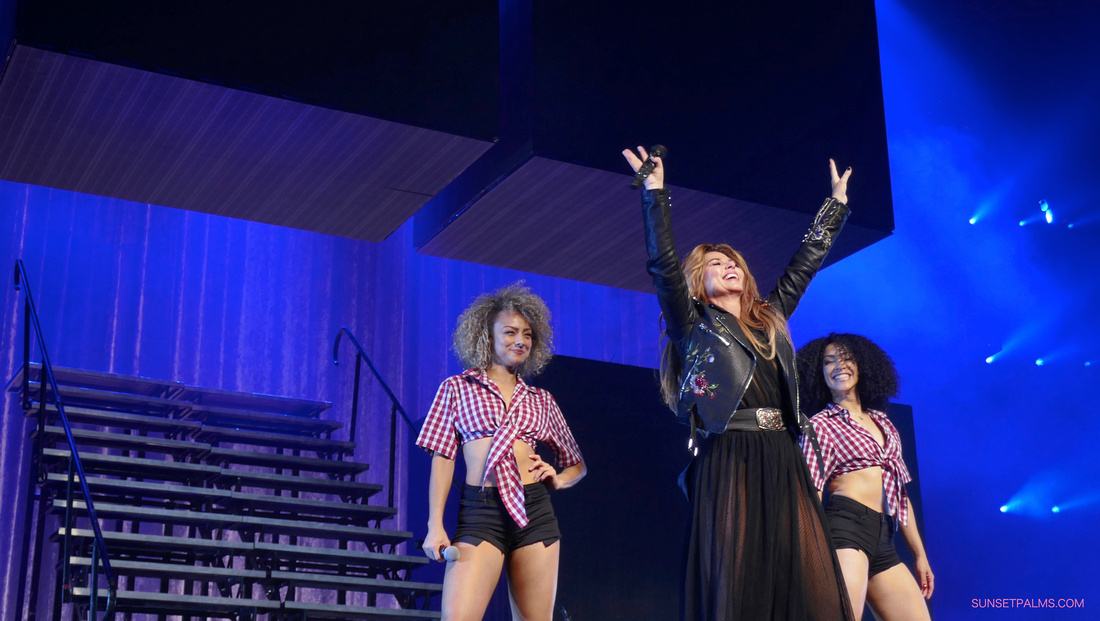 Man, I feel like this is Shania at her best! New music, another tour, there are a few things that always feel like home. One is Shania Twain.

Life's About To Get Good

Don't Be Stupid (You Know I Love You)

That Don't Impress Me Much

Let's Kiss and Make Up

Any Man of Mine

Whose Bed Have Your Boots Been Under?

You're Still The One

From This Moment On

Swingin' With My Eyes Closed

Shania's Now Tour continues throughout the summer in Canada and the U.S. with final show in Las Vegas, Nevada, August 4th.  Then it's off to Brazil, Europe, Australia and New Zealand.